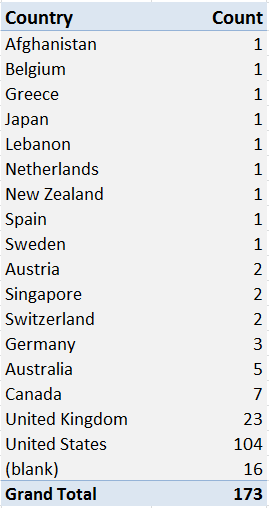 The recent Kickstarter for ISS-Above has devices heading to 17 countries around the world.  Is your country represented?

If not… you can still purchase one via the ISS-Above Kickstarter Grace Period Purchase option.

The furthest North is the one going to Sweden (Stockholm) which is at 59 degrees north.  Now.. as the ISS orbits between 56 degrees north and south it will never be directly overhead for that device.   But still… it will nevertheless be above their horizon very frequently and visible sometimes as well.

I am still waiting to hear back from 16 backers with their shipping address details – so there may still be additional countries.