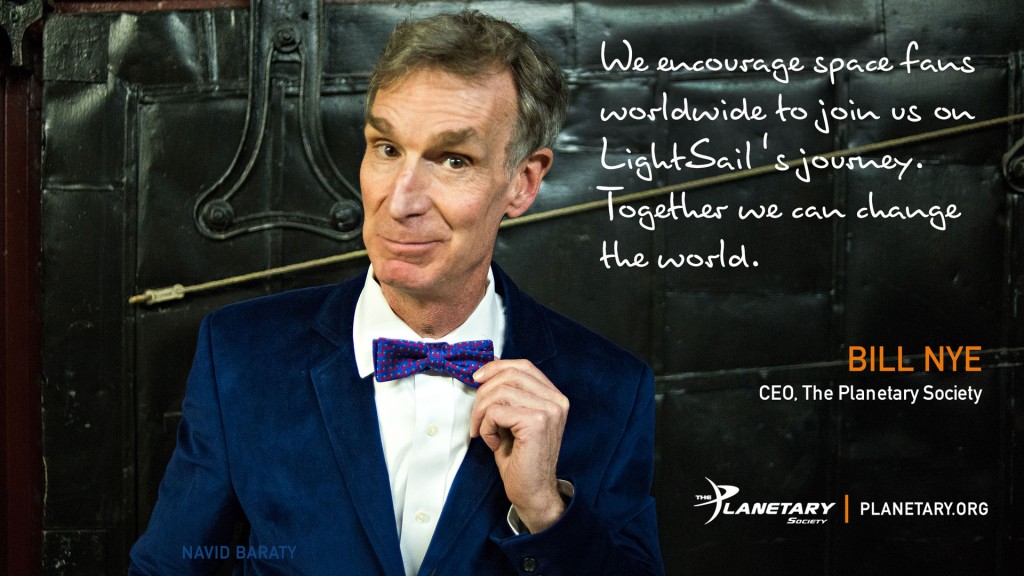 You may have already heard how Bill Nye The Science Guy is obsessed with his ISS-Above(s). We’re taking that obsession to the next level and at Bill’s request I created a special version of the ISS-Above code that will act as Mission Control for their LightSail project. This version of the system will of course be called LightSail-Above. It’s a special reward on their new Kickstarter – please head over there and check it out. Become a backer and help The Planetary Society and Bill Nye – CHANGE THE WORLD!